Migraines are extremely debilitating and can arise from a variety of causes. The following is an account of how I worked with a client over a period of years to help manage her migraines. For reasons of confidentiality I refer to her as A

A started having treatment with me after some mutual friends suggested she try working with me to address the persistent migraines she was having. We started her treatments in August 2019. 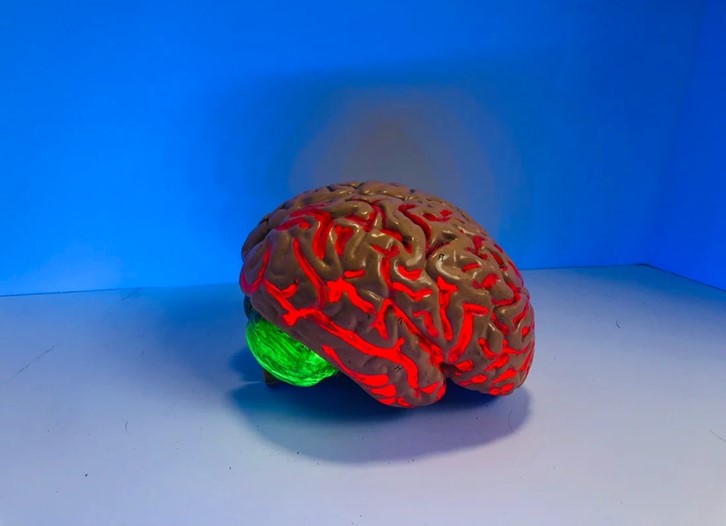 A runs her own business as well as having two young children.

She had previously suffered from post natal depression and PTSD for which she was taking anti-depressants. She describes herself as a stress head.

At the point where we first met, A was experiencing a migraine every 1 or 2 months. They would last for 1-3 days during which time she would need to be in the dark. She did not get any warning of them, often waking up with them. They were having a massive impact on her work and family life.

Her diet and lifestyle were fairly good, and her periods were regular.

From the case history she gave me, I felt that the anxiety issues were going to be the critical factor, so we agreed to try weekly treatments and review. In fact we quickly reduced to fortnightly treatments.

Because I work the body on a bodily system by bodily system basis it is very easy to tailor treatments to the specific needs of each client. I work in a holistic way, so I pay attention to each area of the body, but I always adapt the emphasis of the treatment depending on the clients particular issues. For A I put special emphasis on balancing the sympathetic and parasympathetic nervous systems, and the adrenal glands and vagus nerve were my key reflexes. Every treatment began with relaxing work on the solar plexus reflex and the diaphragm.

After the first treatment A reported no migraine, but said her head had felt fuzzy. She had a normal headache the day before the second treatment.

On treatment 4 a month after we began A reported having a migraine that week, but that it had been totally different. She said she could still function and it had lasted less than a day.

From September A had a migraine free stretch until December when she had a small one after a night out. By this point we were working with fortnightly treatments.

I saw her every fortnight then until lockdown began in March 2020 during which time she had no more migraines. By the time we resumed in July 2020 she had only had one migraine during the whole lockdown. Since then A has had only 2 migraines in the ten months, and both lasted less than a day and she described them as manageable.

In A’s case I believe that once we were able to get her cortisol and adrenaline levels under control, her anxiety reduced substantially, removing the main trigger for her migraines. This hypothesis is further supported by the fact that her migraines did not immediately resume in frequency and intensity during the imposed halt of treatments during lockdown. A has decided to continue with regular treatments for the benefit they give her in terms of general relaxation, but it is good to see that the benefit of the treatments has had more than a temporary effect.