My blog
Migraine – A Case Study

Migraines are extremely debilitating and can arise from a variety of causes. The following is an account of how I worked with a client over a period of years to help manage her migraines. For reasons of confidentiality I refer to her as X.

I first met X in June 2010. She was referred to me through a project I was working with at the time, for help with anxiety.

She had a demanding job in the mental health sector with a lot of responsibility and very little support.

She had a history of depression, which was not present at the time we started working together, but she had developed acute anxiety. 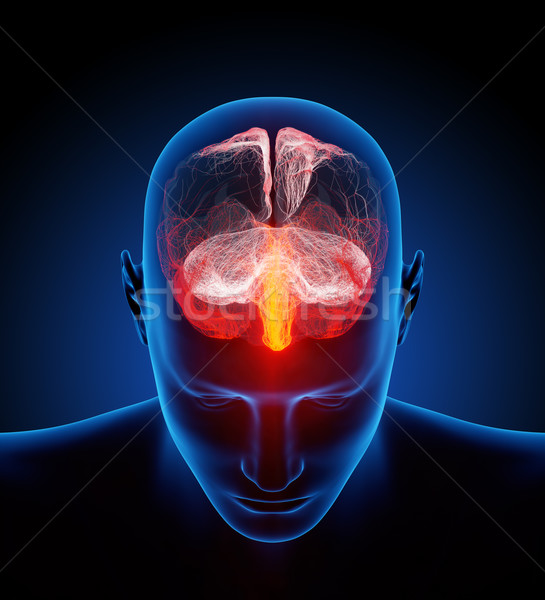 The greatest and most significant health problem she felt, was recurrent migraines around her period, and the most recent episode was the day before our first meeting.

Her diet and lifestyle were fairly good, and she exercised quite regularly. Her periods were regular but she noticed hormonal fluctuations  around them. X occasionally suffered from IBS symptoms and tended to be constipated. She slept well but could struggle to get to sleep.

From the case history she gave me, I felt that the anxiety, constipation and possible hormonal imbalance were going to be the three main factors implicated in the persistent migraines. We agreed to begin with weekly treatments and to review this after 6 weeks.

Because I work the body on a bodily system by bodily system basis it is very easy to tailor treatments to the specific needs of each client. I work in a holistic way, so I pay attention to each area of the body, but there is still plenty of room to make the treatments individual. For this particular client I generally emphasised the reflexes to do with stress and the nervous system, and also the hormones through the endocrine system. There is considerable overlap in these two areas. Reflexes of particular importance were the adrenal glands, which not are not only implicated in stress response, but tend to amplify any other issues.

Initially after treatment X had a slight increase in anxiety which is not unusual, but found it calmed quickly. The low level constipation she had been suffering from was at least partly resolved the same day after a bowel movement. She found that in the week after the treatment she experienced an increased sense of wellbeing during the day. By the third treatment X reported significantly less anxiety.

There was a 3 week break before the 4th treatment, and the client reported a low level feeling of stress. She had had a small migraine after the third treatment, but nothing around her period.

X had two more weekly treatments and then moved to having monthly top up treatments. Although she reported feelings of work related stress and feelings of tiredness, she did not experience a full migraine although she occasionally had the feeling she might get one. It wasn’t until February 2011, eight months after she started having treatments that she had a migraine.  After that she didn’t experience anything more than slight symptoms until December 2011 when her marital problems reached a crisis point.

X continued to have monthly treatments during this time and her marriage did break up in May 2012 triggering a huge migraine.  Over the next few months she had headaches and symptoms but no full migraines, so we worked hard at bringing her stress under control. She struggled with stress and anxiety for a while following the marital breakup but did not have another migraine until April 2013.  X continued to struggle with work related stress and had another migraine 6 months later.

I continued working with X on a monthly basis until September 2015 when due to changes in circumstances we were no longer able to work together. After October 2013 she had no further migraines although she occasionally suffered with minor symptoms.

Over the course of the treatments I feel we were able to restore some hormonal stability. It is my opinion that her migraines were extremely closely linked with her menstrual cycle, but that her stress and anxiety levels were the critical factor in whether or not she would have a full migraine. When her life was in a fairly good balance, her own self-care, coupled with regular Reflexology meant that she didn’t experience migraines on a monthly basis any more.