My blog
Look at Me! Sushi! 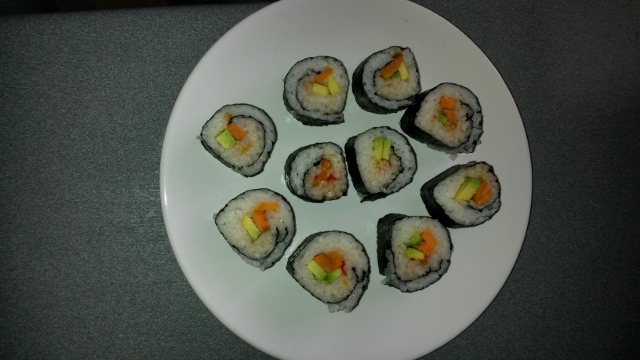 I have wanted to try making sushi for a while now, but I was put off by how fiddly it seemed, and the fact that I don’t like fish!

After watching a production line style Sushi fast food outlet, produce wrap after gorgeous wrap at Bristol Vegfest in the summer, I was determined to try it. As I was queueing for my “ABSOLUTELY EVERYTHING” wrap I was keeping a sneaky eye on the woman’s technique and I thought I saw the trick to it. She was using what looked like a ridiculous amount of pressure, squeezing and rolling, so that the contents must have been pretty compressed.

Later in the week I picked up the sushi rolling mat and special sushi rice with the aim of trying it that weekend, and I found a simple recipe in Anne Carlin’s “Keep It Vegan”. 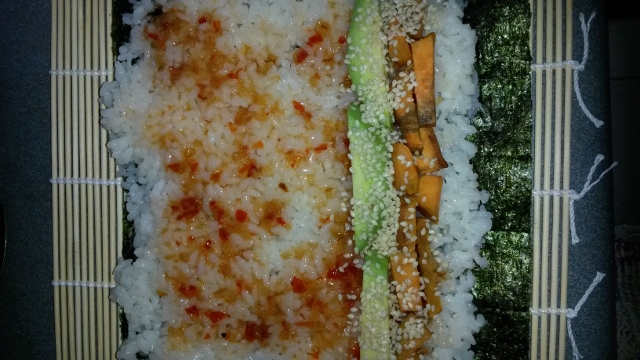 From start to finish the whole process took 2 hours and some of that involved waiting for the sushi rice to stand. I had considered using a different rice but I was glad I didn’t, as the rice was so starchy it was obvious how it held everything together. I am not the most delicate cook but with some care it was easy enough to lay everything right, and with a bit of experimentation get the rice positioned so it wouldn’t spill out of the sides. The part I was dreading, the rolling, was actually fairly straightforward, I used plenty of pressure, and all of a sudden it was done. 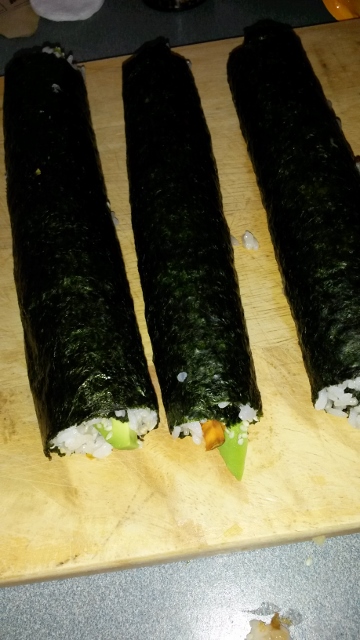 I was very happy with the results and the taste was divine, but you can judge for yourself! I made 24 small rolls and had them as snacks and lunches, as they lasted pretty well in an airtight container in the fridge.