My blog
Cortisol, Stress and Reflexology

The human body reacts to stress by first pumping adrenaline and then cortisol into the bloodstream to focus the mind and body for immediate action . This is the fight or flight response.

The adrenaline rush from the initial stress response can occasionally pose health risks, but the more significant hazard is the subsequent release of cortisol.

Cortisol is a hormone which is released during the fight or flight response.

When the body is functioning well, cortisol has a very important role in moderating the bodies inflammatory response. 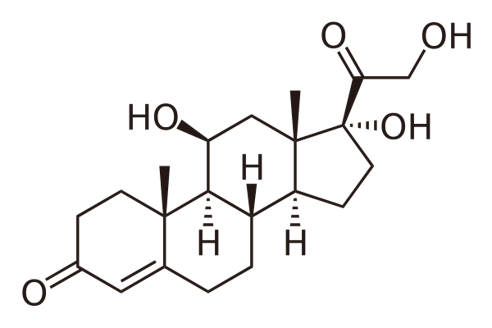 A Professor from Pittsburgh, Sheldon Cohen, has been doing some very interesting research into cortisol and has made some very useful observations.

When people are suffering from chronic stress their bodies are flooded with a constant stream of cortisol.

Their cells become desensitized to cortisol and that allows inflammation to run wild.

Long term chronic inflammation damages blood vessels and brain cells, can lead to insulin resistance (which is a precursor to diabetes), and promotes painful joint diseases.

There are two different very interesting research projects into the link between stress, cortisol and disease.

The first study looks at the common cold.

In one groundbreaking 2012 study, Cohen and his colleagues interviewed 276 healthy adults about stressful events in their lives and then exposed them to a cold virus.

Those experiencing chronic stress were cortisol resistant — and were more likely to get sick.

"The immune system's ability to regulate inflammation predicts who will develop a cold, but more importantly it provides an explanation of how stress can promote disease.

Cohen said "When under continuous stress, cells of the immune system are unable to respond properly, and consequently produce levels of inflammation that lead to disease."

The second study looks at the link between stress and heart disease.

Scientists have known for years that there's a connection between long-term stress and heart attacks, but until recently the reasons were imperfectly understood.

Previous research had suggested that cortisol actually changes the texture of white blood cells, encouraging the cells to attach themselves to blood vessel walls.

The result is plaque, a key marker of heart disease. Nahrendorf's team confirmed this hypothesis when they found that a surplus of white blood cells caused hardening of the arteries in stressed but otherwise healthy mice.

During my 18 years of clinical Reflexology work I have observed that Reflexology is at the very minimum an extremely relaxing treatment.

A Reflexology treatment aims to bring all body processes back into balance and that includes balancing all hormone levels, including cortisol and adrenaline.

By working on the adrenal glands in this way we aim to calm adrenaline and cortisol imbalances and bring the inflammatory response under control.

For more information on how Reflexology might help you or someone you know with stress or anxiety please contact Kate on 0117 259 1131.